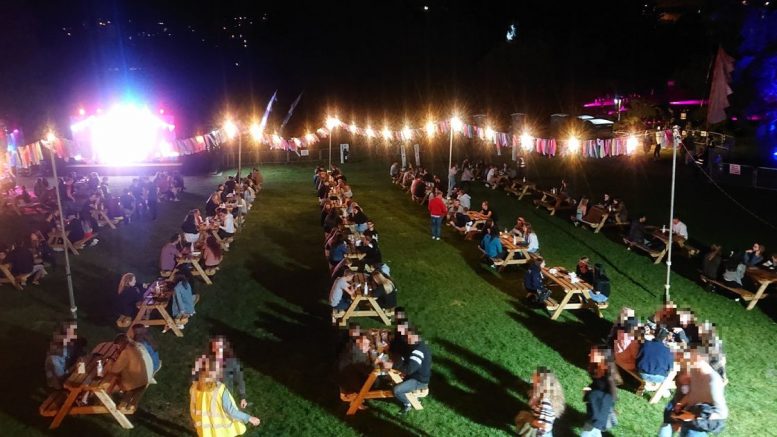 The University of Surrey has defended a weekend on-campus social event following concern regarding social distancing among students.

The event took place on Saturday night (September 19) by the lake on the university’s campus.

On Twitter, a photo of the party was posted and prompted a concerned Surrey resident to comment: “Seriously?? With cases on the rise in Spelthorne?? How is this allowed. I don’t want a second wave!! I have a vulnerable mum!”

But shortly afterwards, The University of Surrey Students’ Union tweeted: “Thanks for concern, we can assure you it’s a safe, socially distanced event. Surrey Police visited as you requested and left happy.”

The university has insisted all events on the campus go through rigorous approval processes and Saturday’s event was “planned”, “safe” and was designed to be compliant with the latest Government guidance and laws.

According to the university, the event did not break the law because although the total number of people at the event surpassed the rule of six, each table seated six people or less and was socially distanced from the next.

In a similar way, the Government has specified that in pubs and restaurants there can be more than six people overall, but boozers and diners will be asked to limit the number of people sat together to just six.

A university spokesperson said: “All events on campus are subject to a rigorous approval process, including a thorough risk assessment – and are designed to comply with the latest government guidance and laws – including the ‘rule of six’.

“The event at the lake on campus last night was a planned, safe, socially distanced event. The University of Surrey and the Students Union will continue to work together to ensure that the University remains a safe place to study, to live and to enjoy student life – and that our students understand their responsibilities to one another and to the wider community in Surrey.”

SurreyLive has contacted Surrey Police for details regarding its attendance of the event and awaiting a reply.

From September 14, gatherings of more than six people became illegal. The rules apply across England to all ages and in any setting either indoors and outdoors, at home or a pub.

A single household or support bubble that is larger than six will still be able to gather.

Covid-secure venues like places of worship, gyms, restaurants and hospitality settings can still hold more than six in total. Education and work settings are not affected by the new rules.

Weddings and funerals can still go ahead with a limit of 30 people if conducted in a Covid-secure way.

"This is a difficult time for all, but there is an expectation that those who work to protect others do not put themselves or others at risk"
Surrey Live – News…