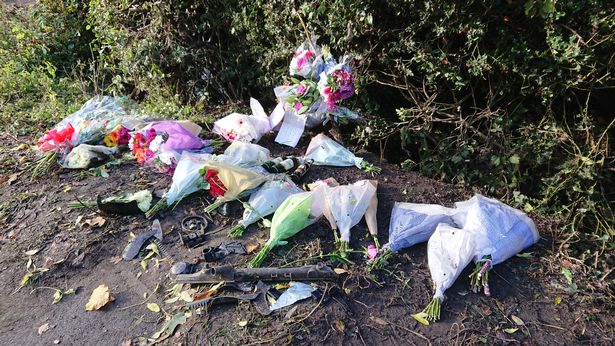 Two men who died in a crash in Chertsey have been named locally as 26-year-old Charlie Knight and 25-year-old Thomas (Tom) Palmer.

The incident happened at around 8.45pm in Guildford Street; emergency services, including fire and ambulance crews, descended on the scene shortly afterwards.

The driver of the Sharan was taken to hospital with injuries which were not believed to be life-threatening or life-changing.

Tributes and flowers were left for the two victims in the days after the crash. One of them read: “To Tom and Charlie. I honestly don’t know what to write. Devastated for your families is an understatement.” It added: “Love you guys.”

Inquests into the deaths of both men opened on Thursday (November 5) at Woking Coroners’ Court.

Surrey Police has appealed for anyone who witnessed the collision, particularly anyone with dash cam footage, or who may have any other information, to come forward as soon as possible.

A spokesperson added: “We would particularly like to speak to a man and a woman in a small white vehicle who stopped immediately after the collision took place but left before we could speak to them.”

If you can help, contact the police quoting incident reference PR/P20247839 via webchat on surrey.police.uk or by calling 101.

The majority of England, including Surrey, will be in Tier 2
Surrey Live – News…