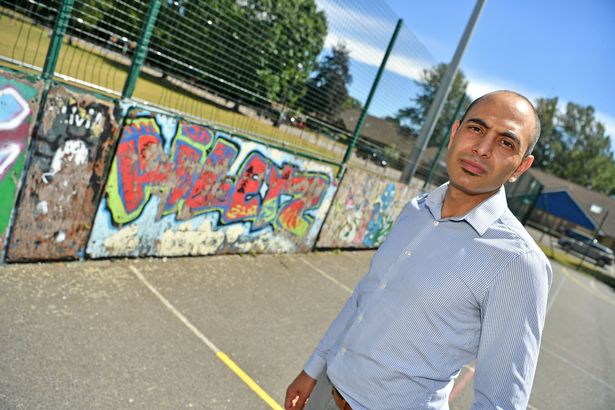 Figures have revealed the neighbourhood in Surrey where children are most likely to be obese or overweight, with details for every hyperlocal area of the county.

The data comes from the annual National Child Measurement Programme, led by NHS Digital, which was set up by the Government as a strategy to tackle childhood obesity.

It revealed that children in Canalside, Woking, are more likely to be obese or overweight than any other area of Surrey.

Numbers from the annual research show 22% of Year 6 children (those aged 10 and 11) in the ward are considered obese, while a further 18% are overweight. It means nearly two in every five are heavier than is considered healthy.

Similarly, 10% of Reception-aged children (four and five-year-olds) in Canalside are obese, and another 9% are heavier than they should be.

You can see how your ward compares by using our postcode-search widget below.

By some measures, the Canalside figures exceed the national average. Across the country, 20% of 10 and 11-year-olds and 10% of four and five-year-olds are obese, while a further 14% of Year 6 pupils and 13% of children in Reception are overweight.

For example, Stanwell North in Spelthorne has high proportions of children who are struggling with their weight, similar to Canalside, with 23% of children in Year 6 and 9% of Reception pupils considered obese.

Meanwhile, Effingham in Guildford has the lowest proportion of childhood obesity and excess weight in Surrey, and one of the lowest rates in the country.

There, just 3% of Reception children and 8% of those in Year 6 are clinically obese, while a further 7% of four and five-year-olds and 6% of 10 and 11-year-olds are overweight.

At the bottom of this article we have listed the 10 wards with the highest and lowest levels of child obesity in Surrey, according to the National Child Measurement Programme.

Labour borough councillor for the Canalside ward, Mohammad Ali, said he is “saddened” by the figures.

He said: “As we know, obesity has a negative impact on self-esteem, confidence and consequently on progress in life. We also know that reasons for obesity are quite complex and this needs to be addressed.

“When we combine this data with the population demographics, especially of Sheerwater, it worsens.

“People of South Asian and black origin are more prone to diabetes, heart disease etc. And now we have these high obesity figures, so it’s a double whammy.”

Cllr Ali said Canalside “needs attention”. He added: “We have known this for years. Concerns have not been addressed with the urgency they deserve. Even the Sheerwater regeneration scheme is not addressing underlying issues.

“It will move people around to dilute the stats, but not address the underlying issues. I urge all councillors, especially the ruling party, to provide us genuine support on these issues and stop acting as property developers on public money.”

But Woking MP, Jonathan Lord, cited the Sheerwater regeneration project as a key aspect in “transforming the long-term health and wellbeing of Canalside and its residents”.

“Whilst it is inevitable that lockdown has probably exacerbated the situation in the short term, these figures are certainly concerning.

“Obesity is a complex challenge that cannot simply be looked at in isolation. Health, education, and social and economic factors all play their part and, of course, every parent in the country has a crucial role to play in ensuring that their children eat a healthy diet and are encouraged to take good daily exercise and engage in outside play and sporting activities.”

How is childhood obesity measured?

Measuring obesity in children is more complex than it is in adults. While an adult with a BMI of 25 to 30 is overweight, and someone with a BMI of 30 or over is obese, a child’s BMI naturally changes as they grow up, and it is different for boys and girls.

As such there is no fixed BMI cut off for a child to be classed as overweight or obese – instead their BMI is also compared to the range of BMIs seen for children of the same age and sex through growth charts.

What do campaign groups say?

The Obesity Health Alliance (OHA), a coalition of more than 40 health charities, medical royal colleges and campaign groups, called for the Government to introduce a 9pm watershed for junk food adverts to help tackle the problem.

This has now been introduced following an announcement on Monday (July 27).

Alliance lead Caroline Cerny, from OHA, said: “These are extremely worrying numbers. Excess weight in childhood can lead to a number of health problems and often negatively affects children’s self-esteem.

“Children with a weight classified as obese are much more likely to still be living with obesity as adults which can increase their risk of diseases like type 2 diabetes, heart disease and cancer.

“But it doesn’t have to be like this. The government can play a key role in shaping an environment that makes it easier for families to be healthier.

“We are pleased that the government has recently announced plans to bring in new stricter rules about how and where unhealthy foods can be promoted, including a 9pm watershed on TV and online and removal of sugary foods from checkouts.”

What does the Government say?

On Monday (July 27) the Government unveiled its new obesity strategy. It outlined a ban on TV and online adverts for food high in fat, sugar and salt before 9pm.

Buy one get one free deals on unhealthy food high in salt, sugar and fat will also be brought to an end. Menus will need to display calories and alcoholic drinks could soon have to list hidden ‘liquid calories’.

Coronavirus has brought into stark focus the dangers associated with being overweight and unhealthy, so a new campaign has been launched to encourage people to get healthy and lose weight.

A government spokesperson said: “We are determined to tackle the problem of obesity across all ages and this week launched a world leading strategy to help reduce obesity rates and help everyone live healthier lives.

“We have already made huge progress towards our goal of halving childhood obesity by 2030 – cutting sugar from half of drinks on sale, funding exercise programmes in schools and working with councils to tackle child obesity locally through our trailblazers.”

You can read more details about the Government’s new obesity strategy at the gov.uk website.

The 10 Surrey wards with highest levels of child obesity

The 10 Surrey wards with lowest levels of child obesity

Riding along the beautiful towpath is an excellent way to discover Surrey’s towns, villages and countryside
Surrey Live – News…

"These histories are sometimes very painful and difficult to consider. They make us question our assumptions about the past, and yet they can also deepen and enrich our understanding of our economic status."
Surrey Live – News…

The UK death toll has reached 41,862, according to the latest figures Surrey Live – News…