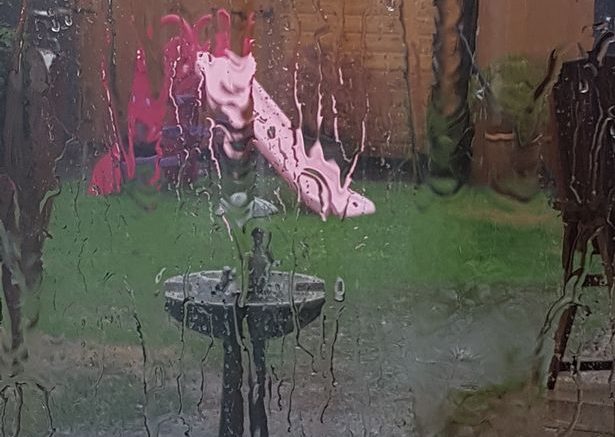 Strong and potentially disruptive winds are forecast to batter Surrey in the coming days as Storm Francis heads towards the county.

The Met Office has issued a two-day yellow weather warning for wind lasting from Tuesday (August 25) to Wednesday (August 26), affecting much of the UK and the whole of Surrey.

A deep area of low pressure is responsible for the extreme weather conditions and will bring wind gusts of 60mph and potentially 70mph in exposed western locations.

The Met Office predicts the most powerful wind gusts in Surrey will be in Haslemere on Tuesday; reaching almost 50mph.

For most of the county the rough weather is expected to settle on Wednesday as the storm clears to the east of the UK.

Chief meteorologist Andy Page said: “The UK is in for another unseasonably wet and windy spell with Storm Francis arriving on Tuesday.

“There will be strong winds and heavy rain, especially in the west of the UK. A number of severe weather warnings have been issued and these warnings can be updated regularly so please keep up to date with the latest Met Office forecast.”

Below is a look at the Met Office weather forecast in every Surrey borough and district for the two days the weather warning is in place, accurate as of noon on Monday (August 24).

For most of Tuesday, Guildford is forecast heavy rain. There may be some brighter skies from 3pm onwards. It will be a very gusty day with south-westerly wind gusts reaching speeds of up to 45mph in the afternoon.

Wednesday will bring clearer skies with gusts expected to reach up to 35mph, which will settle in the afternoon.

Until around 3pm on Tuesday, there is heavy rain forecast for Woking. Wind gusts are expected to pick up in the afternoon, reaching up to 45mph at 4pm. Wednesday is expected to be much calmer, with gusts reaching highs of 35mph in the day.

More heavy rain in the first half of Tuesday is expected in Dorking. Wind gusts are expected to peak at 47mph at around 4pm. On Wednesday, they are forecast to drop to no more than 37mph in the day.

South-westerly gusts of up to 47mph are expected in Reigate on Tuesday with heavy rain battering the area for most of the morning. On Wednesday winds will drop after sunrise, peaking at 38mph in the day.

In Staines wind gusts of up to 43mph are forecast on Tuesday, with heavy downpours expected until around 3pm. Wednesday will be much drier, and throughout the day it will feel a lot less windy. Wind gusts will drop to 14mph by 7pm.

Walton will also have a wet and windy Tuesday. Wind gusts are predicted to reach speeds of up to 44mph by mid afternoon. On Wednesday it will be calmer and drier.

In Epsom there will be strong south-westerly wind gusts peaking at 46mph at 4pm. The following day, Wednesday, will remain pretty windy with gusts of 37mph expected at 10am. It will be a lot drier, however, as cloudy skies with sunny intervals are forecast by the Met Office.

Wind gusts of up to 44mph are expected in Chertsey over the next couple of days. As the rain passes through the town in the first half of the day, the wind will pick up. Throughout the evening 43mph wind gusts are forecast. But on Wednesday, as the storm passes, winds will drop to a more manageable 24mph by around 4pm.

In Caterham there will be heavy downpours and strong winds throughout Tuesday morning. As the rain passes, wind gusts will continue to pick up and at around 4pm they are expected to peak at 48mph. On Wednesday, gusts of up to 40mph are expected at 10am, but by the afternoon they will have dropped to 25mph.

There will be heavy rain throughout Tuesday morning in Haslemere and by 4pm wind gusts of 49mph will be battering the area. There will be relief from the storm on Wednesday, with drier weather and wind gusts dropping to 28mph by lunchtime.

On Tuesday there will be heavy downpours and strong south-westerly winds battering the area. Gusts of up to 45mph are predicted at around 4pm. On Wednesday the weather will become progressively calmer, with wind gusts of 24mph expected at around 4pm.

Riding along the beautiful towpath is an excellent way to discover Surrey’s towns, villages and countryside
Surrey Live – News…

"These histories are sometimes very painful and difficult to consider. They make us question our assumptions about the past, and yet they can also deepen and enrich our understanding of our economic status."
Surrey Live – News…

The UK death toll has reached 41,862, according to the latest figures Surrey Live – News…