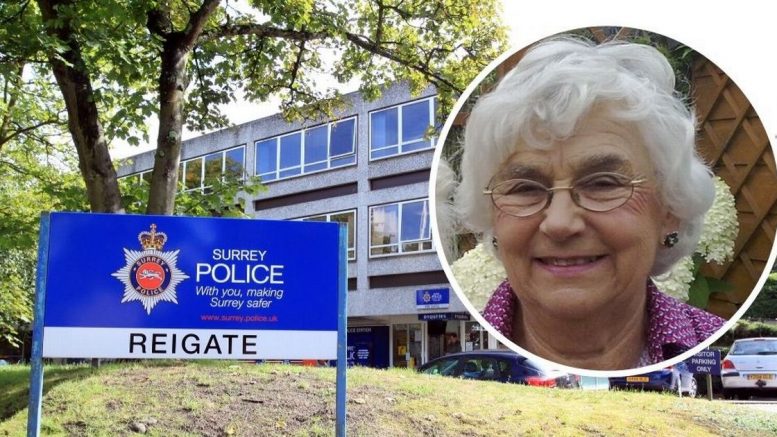 A man has been charged with murder following the death of an elderly woman in Reigate.

Following reports of a concern for safety, Surrey Police officers were called to a property in Warren Road at around 5.40pm on June 21.

Rosemary Hill, 87, was found seriously injured; she died four days later in hospital as a result of her injuries.

Three-and-a-half months on from Ms Hill’s death, it has been confirmed a suspect has been charged.

“Unmack was arrested on Sunday, June 21 on suspicion of attempt murder. Following his arrest, he was assessed and detained under the Mental Health Act.”

Unmack is due to appear at Guildford Magistrates Court on Thursday (October 8).

Shortly after her death, Ms Hill’s son, Jonathan Few, described her as a “compassionate, caring” mother.

Paying tribute to the talented musician and former teacher, Mr Few said his mother would be remembered as a “caring musician who cared about her students and her colleagues”.

Surrey coronavirus cases rise by more than 200 in 24 hours

"This is a difficult time for all, but there is an expectation that those who work to protect others do not put themselves or others at risk"
Surrey Live – News…