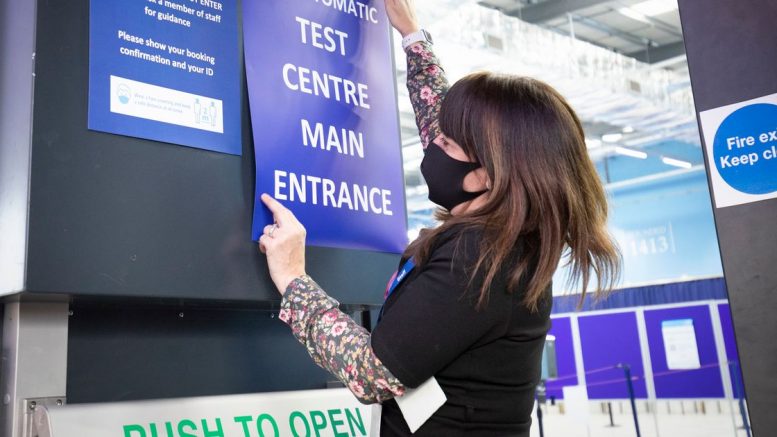 It comes as 192 new cases were reported across the county.

The breakdown for each area of the county shows that Runnymede had the most new cases with 46.

There were 25 confirmed infections in Reigate and Banstead and another 20 in Woking.

The Government said a further 215 people had died within 28 days of testing positive for Covid-19 as of Sunday, bringing the UK total to 58,245.

Separate figures published by the UK’s statistics agencies for deaths where Covid-19 has been mentioned on the death certificate, together with additional data on deaths that have occurred in recent days, show there have now been 73,000 deaths involving Covid-19 in the UK.

The Government said that, as of 9am on Sunday, there had been a further 12,155 lab-confirmed cases of coronavirus in the UK.

Peter Openshaw, professor of experimental medicine at Imperial College London, said it would be a “terrible mistake” to relax restrictions just months before vaccines “start to have an effect”.

Boris Johnson has said that at the first review of the measures in mid-December he would move areas down a tier where there is “robust evidence” that coronavirus is in sustained decline, and that legislation will have a “sunset of February 3”.

Asked about this, Prof Openshaw said the virus must be kept under control.

He told The Andrew Marr Show on the BBC: “We scientists are very concerned indeed about relaxation of precautions at this stage. The rates are still too high, there’s too many cases coming into hospitals, too many people dying.

“And if we take the brakes off at this stage, just when the end is in sight, I think we would be making a huge mistake.

“We’ve all sacrificed so much, everyone has sacrificed enormously in order to get the transmission rate down. With only a few months to go until vaccines start to have an effect I think it would just be a terrible mistake.

“I think we must keep this under control and just behave very, very sensibly. It’s extremely difficult to get this right and I don’t envy the politicians.”

The Sandman Netflix series cast, release date, trailer and what we know so far