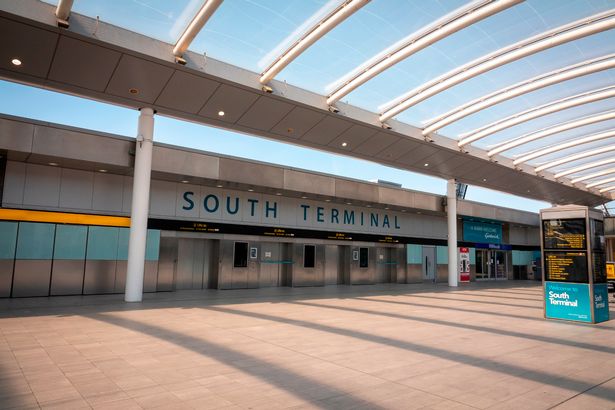 Since March of 2020, police have heard some bizarre and downright ridiculous excuses from people breaching coronavirus regulations in Surrey.

From driving a 60-mile round trip to collect fried chicken to shooting a wedding party promotion, our local officers have heard it all.

According to latest figures published by the National Police Chiefs’ Council, Surrey Police issued 573 Fixed Penalty Notices (FPNs) between March 27 and December 20 for breaches of the Covid-19 regulations.

More than 100 FPNs have been issued to people across Surrey since January 4, the day before lockdown 3 began, to people who police say “willfully disregarded the rules”.

Read on to find a list of some of the ludicrous excuses for the breaches in Surrey which have occurred in 2020 and the beginning of 2021.

A man was issued a Fixed Penalty Notice (FPN) after he was spotted driving erratically in Walton town centre and explained he lived in Chalfont St Giles, Buckinghamshire.

It transpired he was intending on making the 60-mile round trip to collect a takeaway, believed to be fried chicken, in lockdown 3.

In lockdown 3, police issued an FPN after a man explained he was travelling from Surbiton to Guildford by train to purchase some cannabis.

Commenting on the lockdown 3 breaches, Chief Inspector Dan Gutierrez said: “We know the overwhelming majority of people in Surrey are doing the right thing by staying home, wearing masks and social distancing, but passing the ‘hundred mark’ for FPNs issued this lockdown is not a matter for celebration.

“We understand the past year has been incredibly difficult for everyone, but the virus is still very much here and we all need to do what we can to help prevent the spread.”

Men visit Gatwick Airport because they were ‘bored’

Two men told officers they “didn’t believe in Covid” and said they had travelled from London to Gatwick Airport because “they were bored” in the early hours of January 20.

The two 20-year-olds were stopped by police in the Upper Terminal forecourt of Gatwick’s South Terminal. The pair were issued FPNs for travelling outside their area without a reasonable excuse.

Delivering food to mother, who was actually dead

An individual stopped in Dorking for speeding initially told officers they were delivering food for their mother, having driven to the area from West London.

However, the person then admitted their mother was actually dead. They were, in fact, in the process of preparing a second home for their family in lockdown 1.

For a 60-person house party

Officers were called to an address in Ockham Lane, Cobham, at around 1.35am on December 20 following a report of a large party.

They had to break up a house party of around 60 people which was in breach of Covid-19 regulations. Police attended and everyone was asked to leave the property. A man, from Cobham, who held the party, was reported for a summons to attend court.

If a person holds or is involved in holding an illegal gathering of more than 30 people, as in this specific case, police can issue fines of up to £10,000.

A Surrey Police officer was allegedly pushed over and assaulted as he tried to arrest a man who was at a party breaching Covid-19 rules on January 9.

The incident happened at around 9pm when officers attended a property in Hammersley Drive, Ash, after they received a report of a party going on.

According to police, when officers knocked at the door the occupants were “unable to explain” how many people were at the party, neither could they explain the relationships between them.

One of the Ash occupants became aggressive and was arrested on suspicion of breaching the Covid-19 legislation, and later charged.

However, in an attempt to try and avoid being arrested, the man “pushed over and assaulted” the officer, Surrey Police said.

The officer received a minor injury to his finger. Fixed penalty notices were also issued against the other people present within the property.

A person travelled from north Kent to Caterham just to take photographs of their cars in the first lockdown. To make matters worse, they were with four friends, none of whom were observing social distancing as they took the pictures.

To meet a friend for a beer

Two occupants of a black Mondeo, from different households, were pulled over by officers on April 20. It turns out they were on their way to meet a third friend for a beer. Their seat belts were also clipped behind them and, to cap it off, the driver was uninsured, according to police.

Surrey Police, during visits to parks and green spaces across the county in the first lockdown, found a group having a picnic outside when it was banned.

Runnymede Beat officers said at the time: “Still far too many people from different households perched on benches having a catch-up. We get why you would want to, but you don’t have to know you’ve got COVID-19 to pass it on.”

A group in Coxes Lane, in Addlestone, were spotted having a picnic on April 27. They then headed indoors to carry on partying after officers gave them a visit. They were “old enough to know better”, police added.

To drive remote control cars in a park

Over the weekend of April 3 to April 5, officers had to speak to two men driving remote control cars in a park. They had driven to the location and were not exercising.

To pick up plants

On April 8 officers had to speak with a family who had driven from Lewes to pick up plants from Sutton and then saw their vehicle break down on a busy main road.

Five households at park get locked in

People from five different households who were breaching Government guidelines by meeting at a Surrey park also managed to get locked in after the gates were shut.

The group visited Lightwater Country Park, situated on the edge of Lightwater, in lockdown 3 and had to be let out after the gates were closed for the night.

Surrey Heath Borough Council said it has faced increasing problems with overcrowding and a lack of social distancing at its parks and playgrounds.

To see the beach

A millionaire pilot flew from Surrey to North Wales has been criticised as “flippant and arrogant” after flying from Fairoaks Airport in Chobham to an RAF airbase to see a beach.

On the bank holiday of May 25, Richard Charles Priestley Wood, 60, landed at an RAF airfield on Anglesey after changing his plans when his mother in Yorkshire said she was too busy to see him on a bank holiday day out.

He instead landed at the base to visit the beach, but was surprised to learn he had triggered an incident involving fire engines that led to an investigation by the Civil Aviation Authority, North Wales Live reported.

When he landed, magistrates heard he said to stunned emergency workers: “I wanted to see the beach.”

Going to the beach because of exam pressure

A Surrey couple were fined for flouting lockdown rules after making a 530-mile round-trip to Cornwall on May 1.

The couple were spotted by concerned residents close to a beach in St Ives before being approached by police.

They explained to officers that they had made the trip “due to forthcoming exam pressure” and made a case that their trip was essential.

However, the pair were both issued with fixed penalty notices by police under the new emergency health regulations in place to combat the spread of coronavirus and soon made the decision to return home.

To film a video shoot for a wedding party promotion

A £10,000 fixed penalty notice was issued after police discovered more than 30 vehicles parked at an address in Stubbs Lane, Kingswood.

According to officers, an occupant at the address claimed that they were filming a video shoot for a wedding party promotion.

Officers were on patrol in the area at around 2.30am on January 2 when they noticed the large number of vehicles – one of which attempted to make off upon police arrival.

The car was stopped nearby with four people inside, who claimed they were attending the address for a wedding.

Police set up a cordon at the entrance to the address to enable the cars to leave, while noting the number plates of the vehicles in attendance, eventually managing to disperse the majority of the guests.