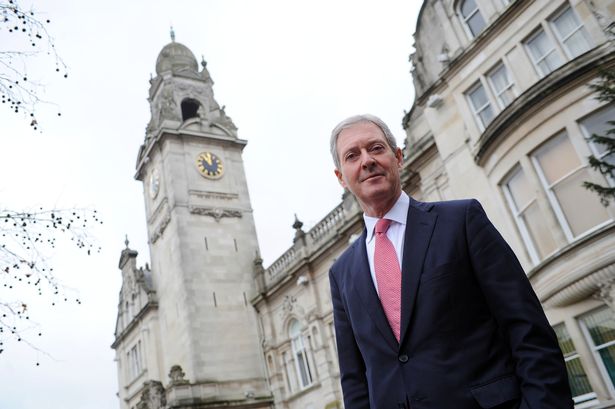 Surrey County Council (SCC) is considering a bid to scrap its district and borough councils in favour of becoming a unitary authority.

If successful, the proposal would have a huge impact on the way decisions affecting the county are made.

The plans would see the Surrey’s 11 borough and district councils abolished in favour of giving the county council greater decision-making powers for issues like housing and planning applications. It would also see local parish and town councils empowered.

It aims to reduce the “complexity of governance and reduce costs to the taxpayer”.

MP Simon Clarke, Minister for Housing, Communities and Local Government said earlier this month that the government would be proceeding with a white paper, a document setting out proposals for future legislation, to have more unitary councils in order to “boost regional economic performance”.

In a statement, SCC leader Tim Oliver said: “The Government have confirmed that a Recovery and Devolution White Paper will be published later this year. We understand that it will set out their thinking on the future shape of local government in England as well as seeking views.

“This will provide a significant opportunity to shape the future of the sector to better meet the needs of residents. With increased local powers and the right structural reform for Surrey, I’m confident we will deliver better services, more value for money and a simplified and more accountable system of local government for residents.

“The government is likely to encourage unitarisation where possible, and we think this could bring a whole raft of benefits for Surrey and its residents if it’s done right. We must be ready to take the opportunities made available in the forthcoming White Paper, and ensure that any future system of government in Surrey genuinely works for all our residents, and makes good economic and practical sense.”

What does this mean for Surrey?

Surrey currently has 11 district and borough councils. Each of these are responsible for providing local services such as housing, environmental health, deciding on planning applications and waste collection.

Surrey County Council itself, meanwhile, is responsible for education, transport, librabries and waste management across the county.

However, the government will be publishing a white paper in the autumn in which they will encourage areas to be governed by a unitary authority. A white paper is a document that sets out a proposal for future legislation.

The “transformative” plan would see Surrey’s 11 borough and district councils scrapped in favour of giving greater power to Surrey County Council. Many large towns and cities have unitary authorities already.

Surrey County Council would become responsible for issues that had previously been managed by the borough and district councils, such as waste collection and leisure and recreation.

Existing unitary authorities currently exist in Dorset, Buckinghamshire and Northamptonshire. It would likely mean a much larger number of members voting on decisions that the council will implement.

For example, Guildford Borough Council currently has 48 members, whereas Buckinghamshire Council has 202 members after becoming a unitary body.

It is not clear what powers would be devolved to parish and town councils, who currently look after hyper-local issues such as parks, community centres, allotments and war memorials.

Liberal Democrat leader Councillor Chris Botten cited concerns that creating “one monster council” would lead to areas of the county, particularly the west, being prioritised over others.

He added: “One authority is too big and will lead to the west being prioritised in the county compared to the east which has been disadvantaged. I am absolutely confident that is what is going to be put forward and they are going to put forward a bid.

“Most residents won’t give too much thought if it is one, three or however many authorities. What matters, though, is that local services are all accountable – that is the major concern I have. I understand it has a Tandridge councillor and Surrey councillor. I understand the people I represent and the impact if decisions are made remotely.

“The county council has not managed highways well. You could argue they are unlikely to manage council housing and all the other services that fall to borough and district councils. The county council has enough to do with providing effective services, and there are crises in those that need looking at rather than using time to put bids to central government to become a unitary authority. The council needs to get on with what needs to be done.”

Find out how you can get more news from Surrey Live straight to your inbox HERE.

Parliamentary spokesperson for Guildford, Cranleigh and our Villages, Zöe Franklin also said the proposal was “unacceptable”.

She said: “It is unacceptable that such a significant change to the way that Surrey is governed and how local people’s voices are represented and listened to should simply be announced without any consultation with county councillors or borough council leaders and colleagues.

“More than that, what about the views and needs of local people?”

Buckinghamshire Council became the most recent area to become a unitary authority after scrapping its district and borough councils in April.