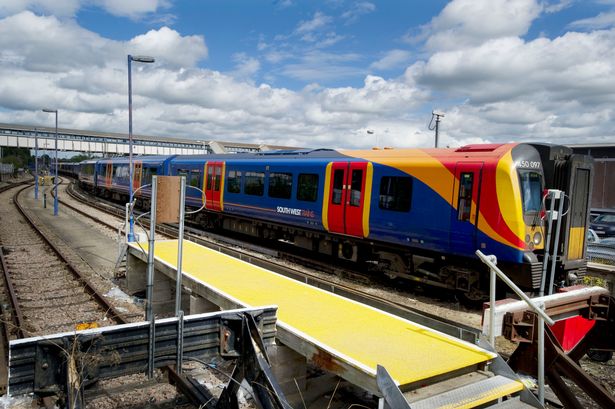 Surrey’s railway stations have been experiencing just a third of the use they did a year ago.

With more people likely to work from home in future, there are concerns over what this could mean in the long term.

Rail travel saw a 92 per cent decrease in passenger numbers between April and June, hitting its lowest level in 170 years across the country due to lockdown and the prevention of non-essential journeys.

During this time, 1.1 million journeys took place across Surrey in the first quarter of 2020/21, compared to 14 million during the same period last year.

Want to have your say? Head to the comments section to share your views.

And while the easing of restrictions in July, coupled with a government drive to get people back to the office, sparked an increase in journeys to and from Surrey stations, it is still only a third of what they were in the second quarter of 2019/20.

Footfall at Guildford and Woking was down 60 per cent last month when put against September 2019, and the numbers passing through these stations at weekends is still half what it was last autumn.

South Western Railway said it expanded network capacity slightly in September and will do so again in December, thanks to government financial assistance.

Secretary of State for Transport Grant Shapps said that until passenger numbers return, taxpayer support will be in place for rail operators.

Trevor Jones, the founder of Guildford Rail Users’ group, previously commuted into the capital and worked for South Western Railway.

On the drop in footfall, he said it is a big concern and thinks the UK government should be looking at some other European countries for inspiration.

He explained: “The Belgian government introduced a scheme to get people back on the trains by giving away free tickets, so have pro-actively been trying to get individuals back on trains.

“Whereas our government have been telling us not to use public transport and instead drive.

“Our government has stopped being negative about railway use, but are still neutral rather than positive about it.”

The National Travel Attitudes study found that 86 per cent of people were worried about their health when thinking about using public transport.

It also demonstrated a large spike in the number of people walking and cycling over the summer, with 40 per cent saying they did more than before the pandemic, while 94 per cent said they would likely continue to cycle and walk more, even when travel restrictions are completely lifted.

Mr Jones said that although trains will still be used for leisure purposes, it is unlikely everyone will return to commuting five days a week, thus the demand for highly intensive peak services will fall.

He added: “There will be less pressure to expand services as carriages were getting very congested, so maybe it is a blessing in disguise that people will be able to carry on coping without having to build new infrastructure and trains.

“We want a good service, whenever we want one, so as train users it is in our interest to encourage others to board them, because you can only justify a good service if their is a good number of people using them.”