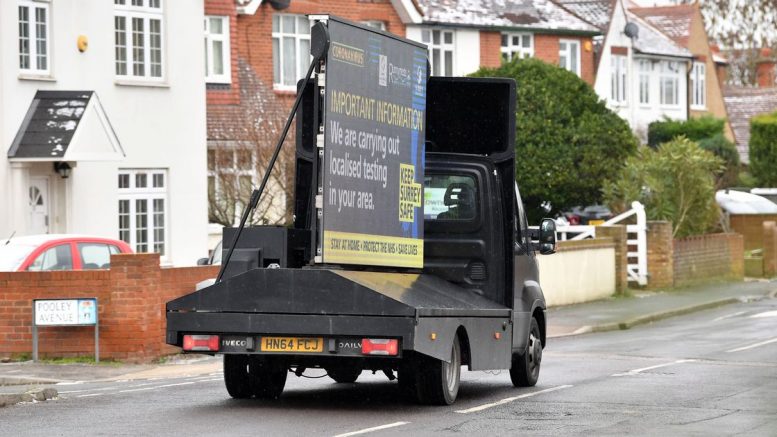 An NHS Test and Trace app ‘error’ has alerted residents of the wrong postcode area in Surrey to seek Covid-19 tests, it’s been reported tonight (Monday).

Surrey County Council has been asking people to disregard the message, which it says was sent from the Government app.

They said that the Department of Health and Social Care had confirmed that it was an error.

Find out how you can get more news from SurreyLive straight to your inboxHERE.

Following the discovery of the South Africa variant in Woking, there were testing programmes brought in across the county to a number of specific postcodes.

Now, the council has revealed, those who live in Guildford under the GU2 postcode have been wrongly told to book a test for coronavirus.

The initial residents in postcodes for the surge testing were given the information from Surrey County Council here.

Initially, residents of Woking – postcode GU21 – were told to expect testing when the Prime Minister announced the testing a week ago.

Woking surge testing has since been completed, according to Surrey County Council, while testing in Egham and Thorpe – is ongoing, with 10,000 testing kits set to be delivered to residents following the February 6 launch.

Residents of the area can type in their postcode on the map below to check whether they are in a localised testing area.

Surrey County Council is keen to make sure everyone knows whether they should or shouldn’t be tested.

The Surrey County Council Twitter account posted tonight: “We have been alerted by residents in #Guildford of a message on the NHS Test & Trace app advising people living in GU2 to book a COVID test.

“We have had confirmation from @DHSCgovuk that this is an ERROR – residents in GU2 do NOT need to seek a test unless they have symptoms.”