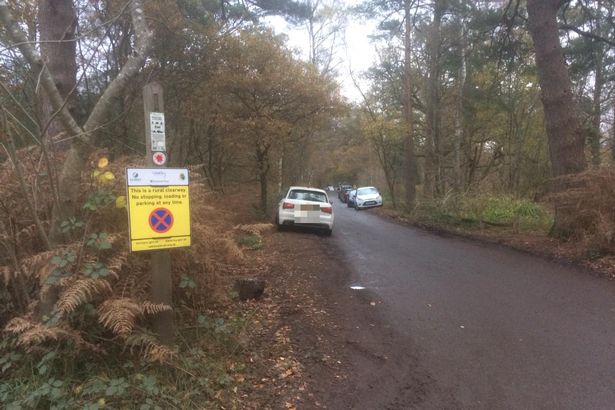 Surrey Police temporarily closed a car park at a popular Surrey beauty spot due overcrowding and concerns for social distancing.

The incident happened on Sunday (November 22) at Newlands Corner, on the penultimate weekend of the second national lockdown.

At its peak, police reported there were around 60 people in a long queue for the café and more than 150 bikers present.

In a statement on Facebook, Guildford Beat (Surrey Police) said a large number of motorcyclists, car enthusiasts and other members of the public taking daily exercise were the cause for concern.

Find out how you can get more news from SurreyLive straight to your inbox  HERE.

The car park was closed to control the numbers at the Guildford nature reserve. On Facebook, Guildford Beat wrote: “Officers have closed the car park, at the time of writing, due to concerns around the number of people present and difficulties in social distancing.”

Officers said there had been no need to enforce the Covid-19 regulations and asked those going on a walk to “please find an alternative location”.

Police confirmed the car park was reopened a little over an hour later, at 3.20pm, and thanked the public for their cooperation.

Elsewhere in the county, another popular beauty spot attracted visitors this weekend and there was parking in banned areas.

Photos seen by SurrreyLive show vehicles parked along Priory Lane by Frensham Little Pond on Saturday (November 21) despite the warning signs telling drivers: “This is a rural clearway. No stopping, loading or parking at any time.”

It comes after visitor numbers to Frensham Great Pond “sky rocketed” after the relaxation of the first lockdown.

The beauty spot in Farnham, which is a Site of Special Scientific Interest (SSSI), a Special Protection Area and sanctuary for wildlife, saw an additional one to two thousand visitors per day.

In the summer, visitors were seen not only breaching social distancing measures, but were littering and parking on the surrounding clearways, causing “huge problems” for emergency vehicles and residents.

The National Trust has been contacted for further comment on the situation in Priory Lane in recent weeks.