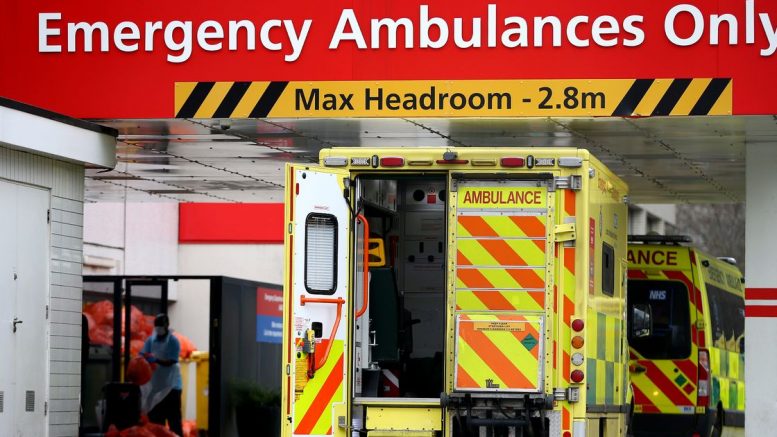 The number of critical care beds available at hospitals across Surrey has been revealed in new data.

On January 3, there were 32 adult critical care beds empty at hospitals run by trusts in Surrey, according to the latest figures, released this morning (January 7).

While beds may have been available for periods during the day, when the count was made none had been empty.

Demand on NHS resources meant 184 ambulances had to wait more than 30 minutes to handover patients at A&E last week (4.4 per cent), including 42 waiting more than an hour (one per cent).

That’s the equivalent of one in 23 ambulances facing a wait of more than half-an-hour. The target is for handovers to take under 15 minutes.

In the previous week, 87 ambulances waited half-an-hour or longer (2.2 per cent), with six waiting more than an hour (0.2 per cent).

Intensive care was very busy across England on Sunday – 80.4 per cent of adult critical care beds were occupied on January 3, up from 74.7 per cent the week before.

That’s the equivalent of one in six ambulances facing a wait of more than half-an-hour.

A&Es across England had to temporarily divert patients to other A&E departments 20 times in the week ending January 3.

That compares to 22 incidents the week before.