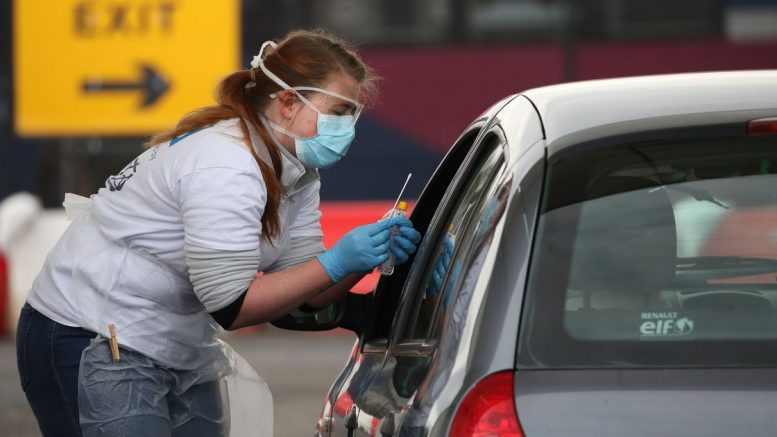 Another 120 cases of coronavirus have been recorded in Surrey, according to the latest figures from Public Health England.

Every area of the county recorded new cases in the 24 hours to Monday (October 5), with the total number of confirmed infections across Surrey since the start of the pandemic now standing at 6,563.

The biggest increase came in Elmbridge, which recorded 23 new cases, followed by Guildford and Waverley with 16 each.

The latest data from Public Health England also shows the total number of UK cases rose by 12,594 in the same time period.

The UK’s total number of cases since the start of the pandemic is now 515,571.

It comes after a technical error confirmed on Sunday caused huge numbers to be missed off last week’s reports.

The Government said 15,000 cases which were not included in the daily reports between September 25 and October 2.

The issue occurred when people who tested positive were not recorded once an Excel spreadsheet reached its maximum size, a spokesman for Public Health England told the PA news agency on Monday morning.

Public Health England said earlier that the technical issue resulted in 15,841 cases between September 25 and October 2 being left out of the reported daily coronavirus cases.

It said the outstanding cases were transferred to NHS Test and Trace “immediately” after the issue was noted and all cases were passed on to tracers by 1am on Saturday.

Put your postcode in to see how many cases there have been near you in the last seven days (IYA):

It is worth noting that some of these trusts operate sites outside of Surrey.

Meanwhile, Boris Johnson has urged MPs to back the “rule of six” measures aimed at curbing the spread of coronavirus ahead of a Commons vote.

The Prime Minister’s official spokesman said the ban on more than six people mixing was a “sensible and helpful” measure.

There has been mounting unease within Tory ranks about restrictions on people’s liberties and Mr Johnson has acknowledged some people are “furious” with the Government.

MPs will vote on Tuesday on the regulations which enforce the rule of six in England in order to allow them to continue.