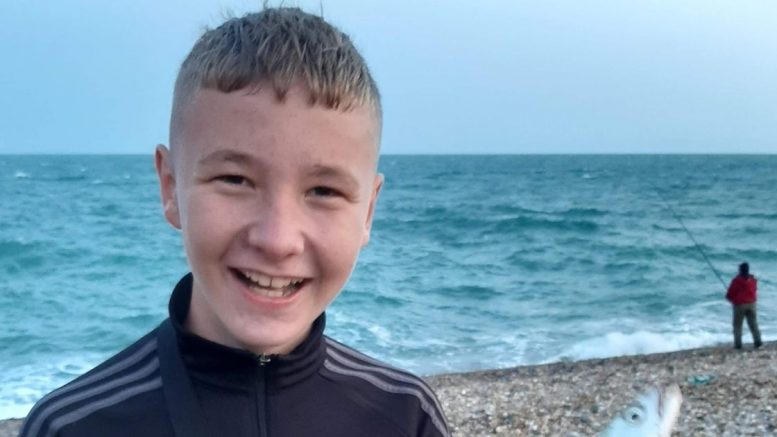 The parents of a missing 14-year-old boy with links to Surrey are appealing for him to come home and want him to know that he’s “not in trouble”.

Connor McDonald, who recently moved from Guildford to Dover, Kent, went missing from New Street in Dover on Monday (September 14) at 9.30pm.

He then headed to Dover Priory train station, where CCTV captured him boarding the 10.55pm train to St. Pancras station, London. It is believed he may have headed in the direction of Shepherd’s Bush.

At the time he was wearing a black Adidas zip-up top, black tracksuit bottoms and black Nike trainers. He was carrying a small black Nike bag but has no money or mobile phone with him.

Connor is 5ft 4 tall and has short dark blond hair and is of a slim build. He has a blue and black mountain bike with him.

His parents, Kym Pearson and Ewain McDonald, have launched an emotional appeal, calling on Connor to return home.

Miss Pearson, who lives in Guildford, told SurreyLive: “I want him to know that he is not in trouble and we just want him home and safe.

“All his family are worried sick and just want to give him a cuddle.

“If he has not come home yet because he thinks he is going to get in trouble, I want him to not worry about that.

“All his family love him and we just want him to come home.”

Miss Pearson said that if anyone sees Connor, they should speak to him in a gentle tone as he will be more receptive.

Mr McDonald said his son’s disappearance was reported on Monday evening to Kent Police and officers from The Met and British Transport Police are also involved in the search for the teenager.

In a message to Connor, he said: “Just come home safe mate. Everyone is worried sick about you.

“We are not angry, we just want you home safe, please.”

Have you seen Connor?

Anyone who has seen Connor or has any information about his whereabouts can contact Kent Police by calling 101 and quoting crime reference 15-0039.